Traditional and religious festivals of Abruzzo 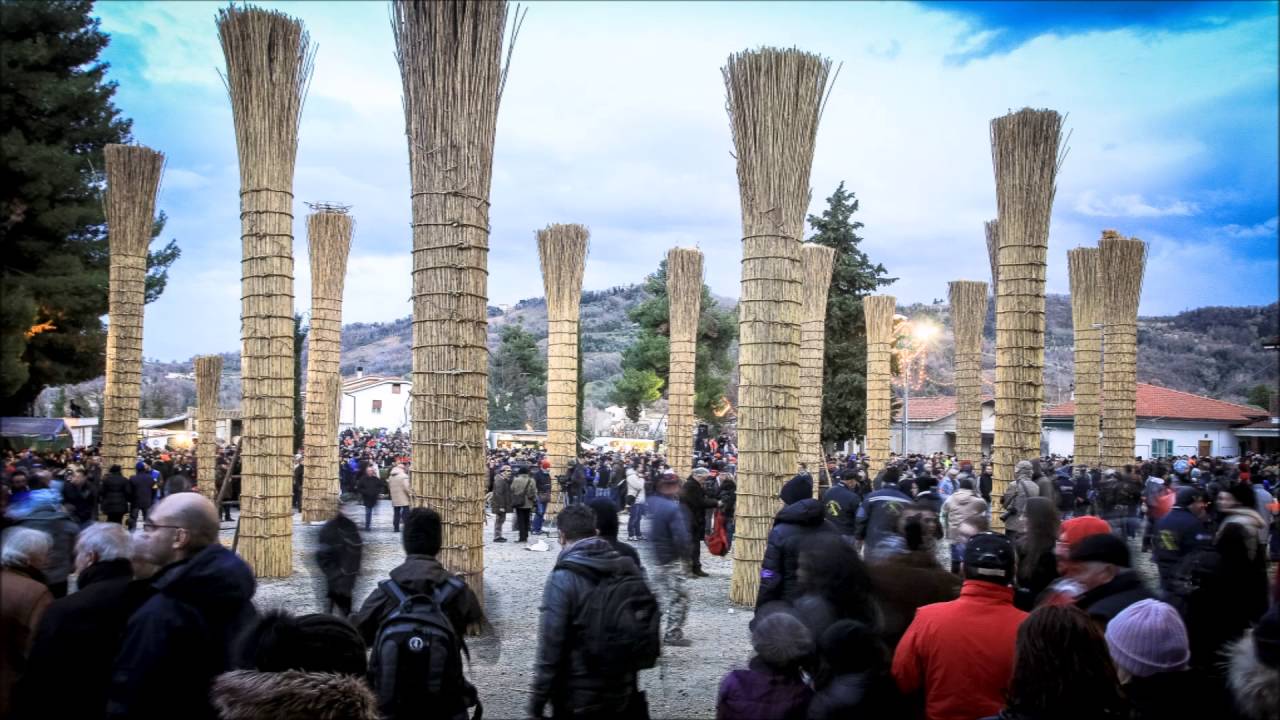 In the early afternoon of January 16, the Faresi (people from Fara) transport the farchie (bundles) from their district to the square in front of the church of S. Antonio Abate, they raise them and set them on fire. The transport takes place by means of tractors or the farchia is transported "on the shoulder" by the people of the Contrada (neighborhood).

In some neighborhoods the custom prevails that the parades before starting the journey recite the litanies of the Lauretians. 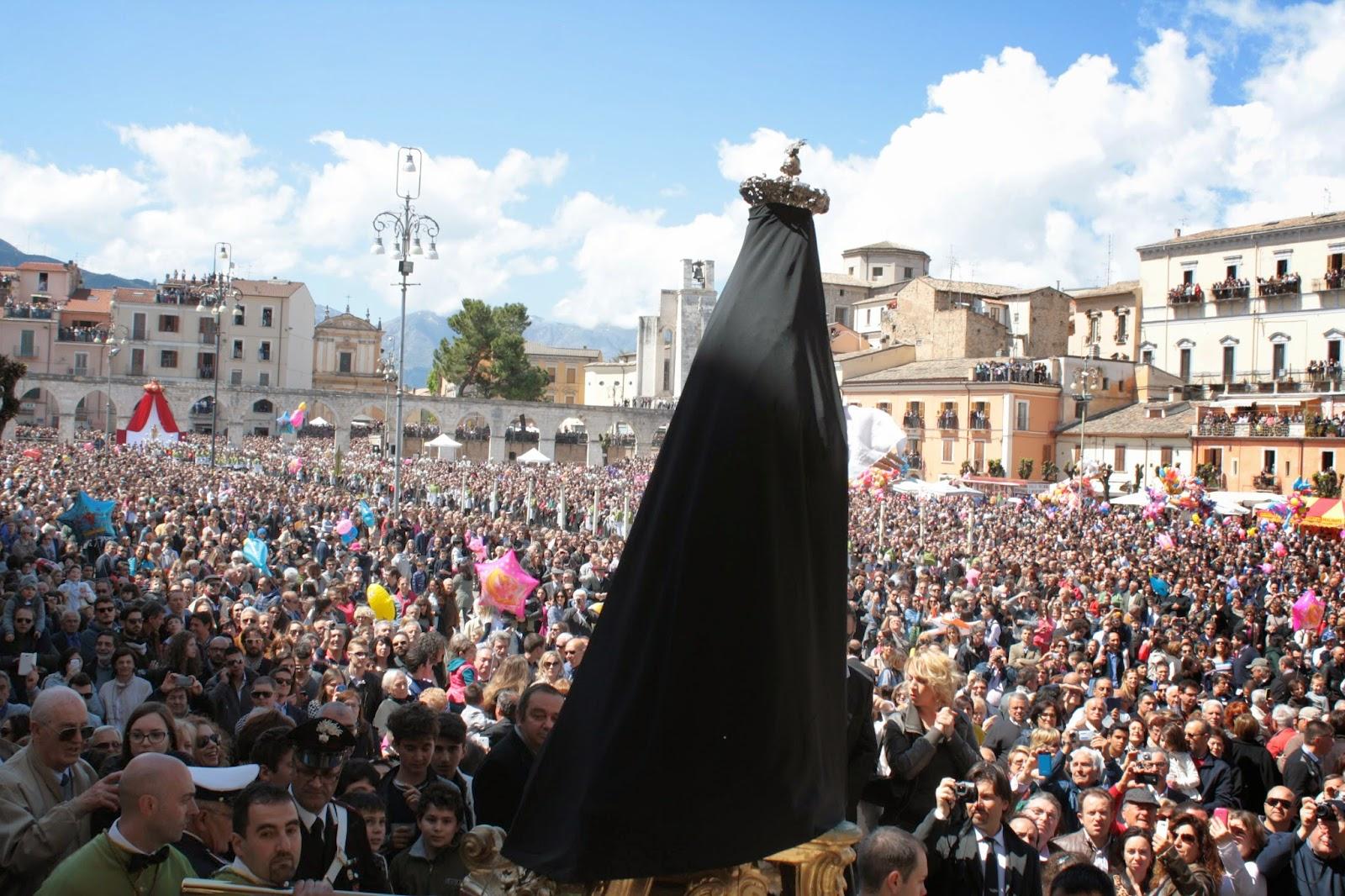 Its origins are uncertain. The Brotherhood of Santa Maria di Loreto that organizes it (called the Lauretani) preserves a photograph of 1861, but the tradition could date back to the Middle Ages.

The feast of the Madonna that escapes evokes the encounter between the Madonna and the Risen Christ.

After the Mass celebrated by the Bishop in the Church of Santa Maria della Tomba, the procession of the Confraternity of Our Lady of Loreto parades through the streets of the city.

The green banner of the Confraternity stands out, followed by the confreres with the lamps, the statues of the Risen Christ and the saints John and Peter. 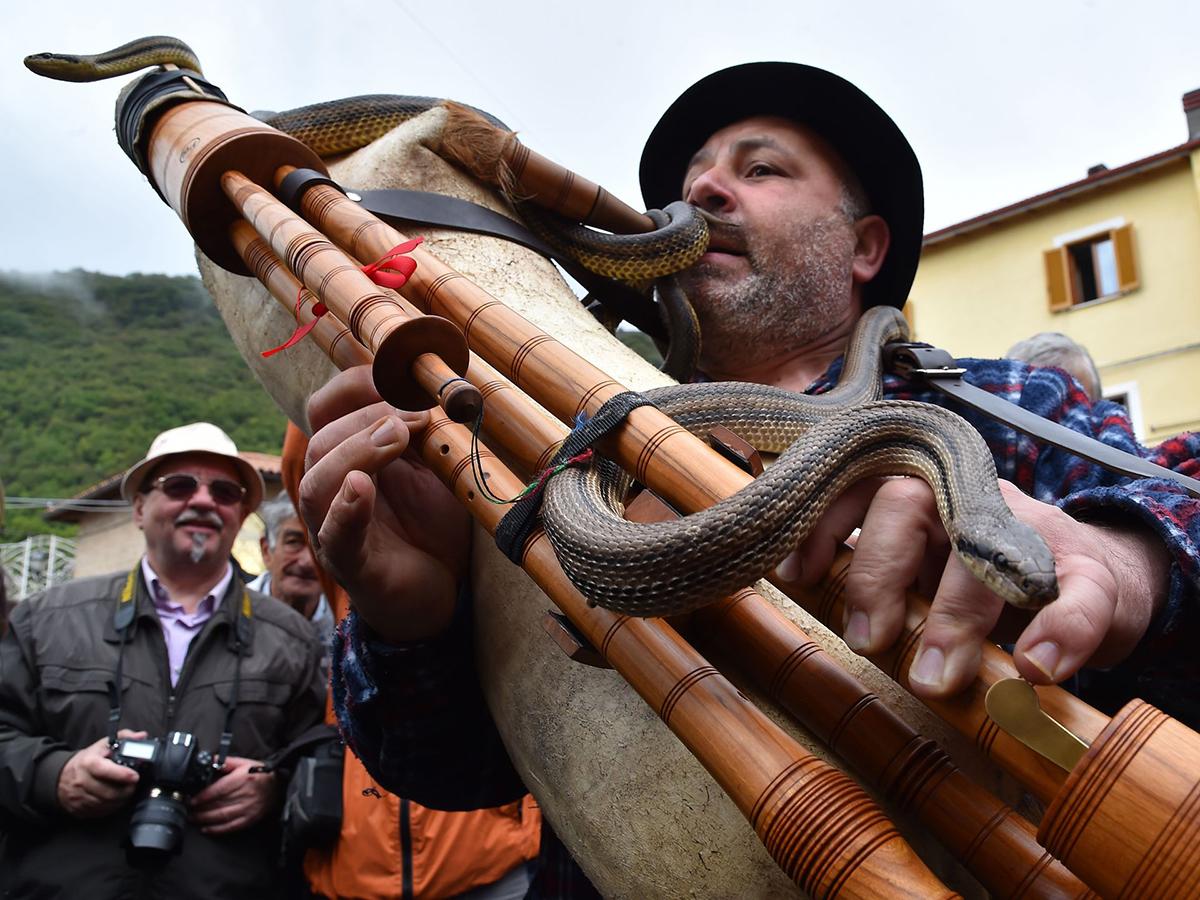 Every year in May a very ancient rite is celebrated in Cocullo, which has now become a sacred-profane festival.

It all began with the serpents who went out of the country in search of snakes at the end of March.

Once captured, they are carefully stored in wooden boxes (in ancient times inside terracotta containers) for 15-20 days feeding them with live mice and hard-boiled eggs. 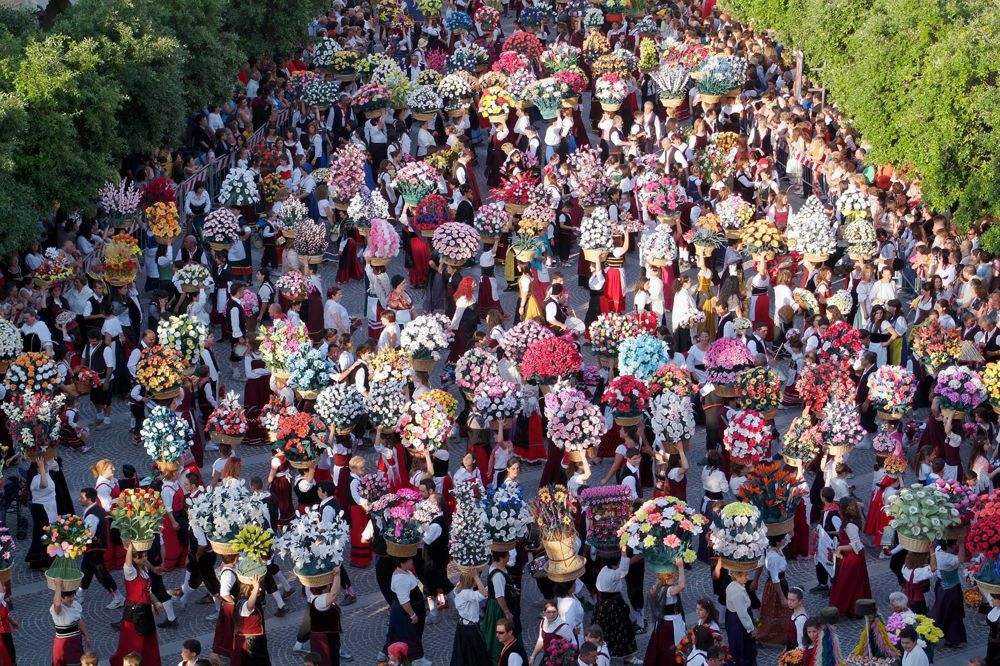 The festival originates from a dispute that occurred in the fourteenth century between Chieti and bucchianichesi (people of Bucchianico) around the borders. The Chieti army was close to the walls and the bucchianichesi prepared to repel an attack that was heralding fatal for Bucchianico.

But St. Urbano went to the Sergeant, head of the militia, in a dream (this figure is hereditary and has belonged to the Tatasciore-Papè family for centuries) and suggested that he run men,

The Giostra Cavalleresca in modern version has been structured and realized starting from July 1995 on the initiative of a group of citizens of Sulmona, led by Prof. Gildo Di Marco, on the basis of absolute voluntary non-profit making and with the active help of the "Ente Palio del Niballo" of the City of Faenza.

It sees the participation of the four Sestieri and the three Borghi in which the city territory has been divided, which face each other in a singular battle on the plateaum of Piazza Maggiore (formerly Piazza Garibaldi) where the Race Camp is built. 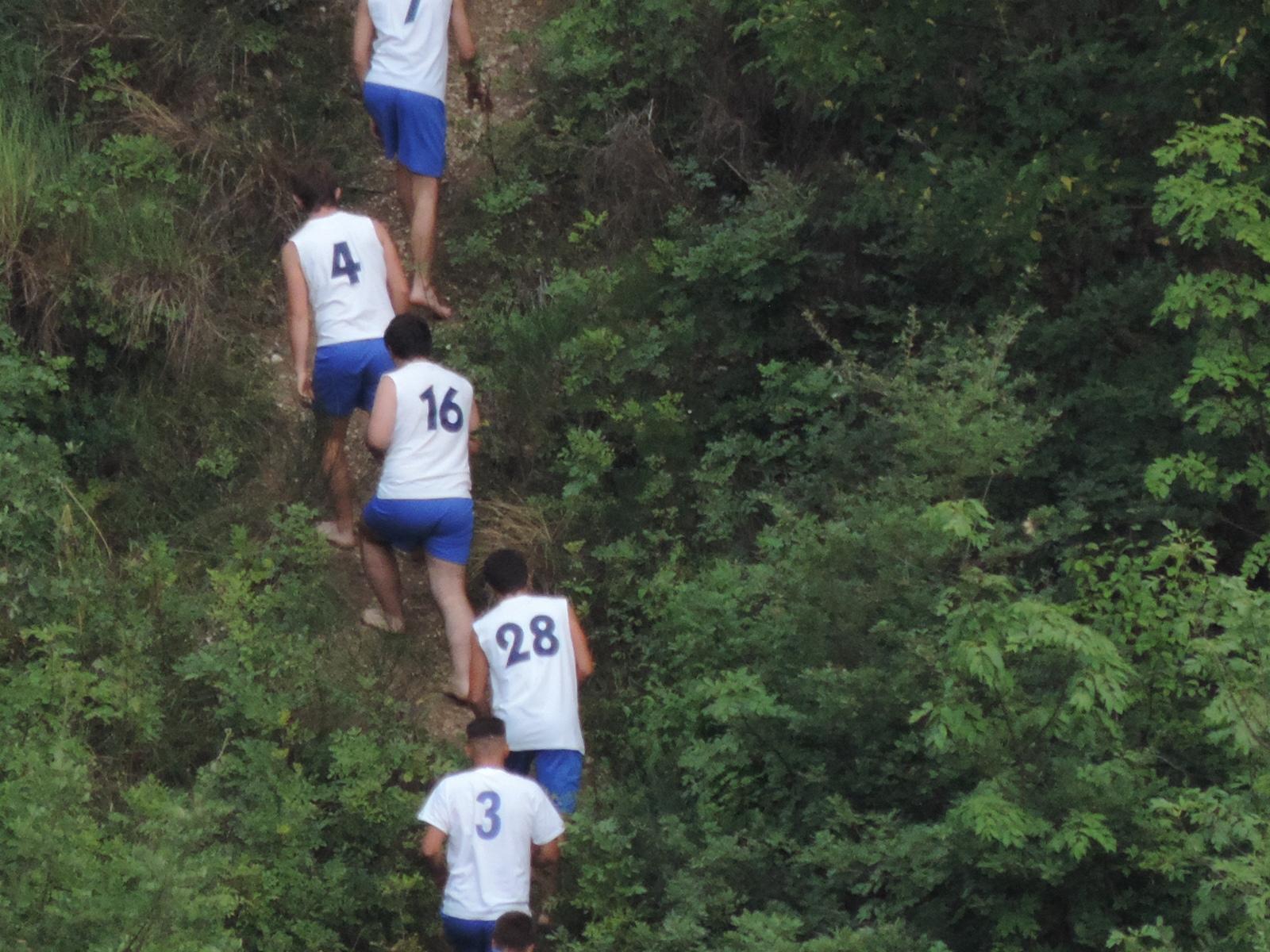 In Pacentro (Province of Aquila), a medieval village nestled between Mount Morrone and the Majella massif, on the first Sunday of September, in honor of the feast of the Madonna di Loreto, a very special ritual called "Gypsy race", where Gypsy does not means nomad, but in the Archaic pacent dialect means 'the one who walks barefoot'.

The word Gypsy was synonymous with "starved", in person "barefoot and naked", poor in cane. But why does this spectacular "race" attract a lot of people? 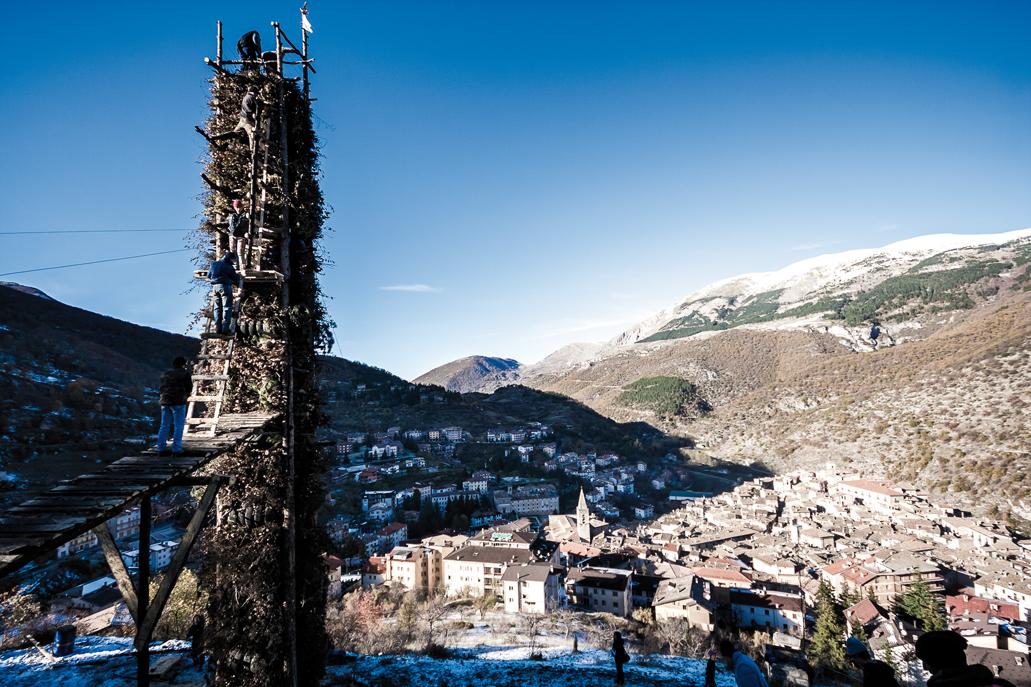 Abruzzo still preserves some agro-pastoral rites based on winter fire like the 'Glories' (wooden bundles) of San Martin, in Scanno.

The rites of the fire perhaps had the function, as the winter equinox approaches, to overcome the atavistic fear that the light of the sun would fail and, at the same time, to propitiate its return.

Scanno is crossed by a festive animation, shouts and calls along the streets and alleys. The three groups in which the districts are divided begin the construction of the Glorie in a joyful atmosphere.