The Giostra Cavalleresca in modern version has been structured and realized starting from July 1995 on the initiative of a group of citizens of Sulmona, led by Prof. Gildo Di Marco, on the basis of absolute voluntary non-profit making and with the active help of the "Ente Palio del Niballo" of the City of Faenza.

It sees the participation of the four Sestieri and the three Borghi in which the city territory has been divided, which face each other in a singular battle on the plateaum of Piazza Maggiore (formerly Piazza Garibaldi) where the Race Camp is built. 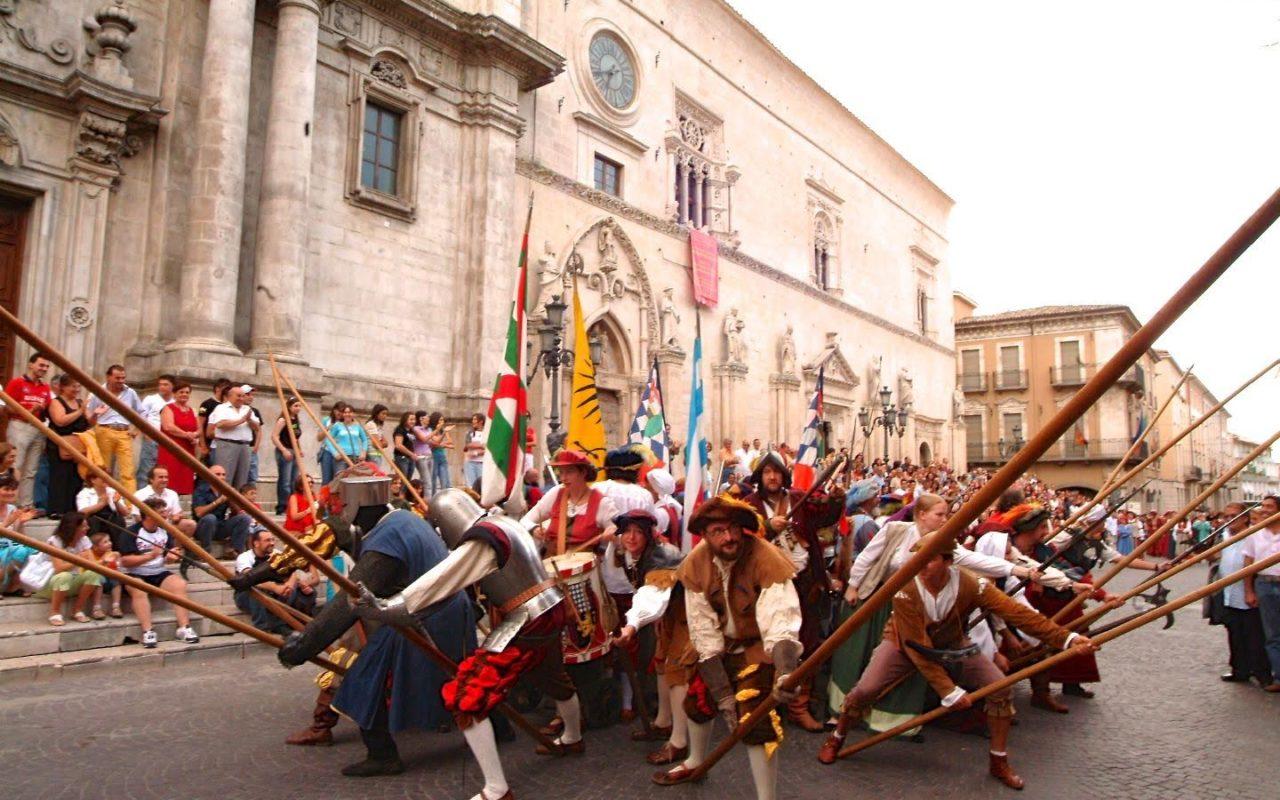 It takes place over two days, the last Saturday and the last Sunday of July, during which each rider clashes with four other riders for a total of 14 clashes, at the end of which the first four classified clash in two semifinals and then in the final for the conquest of the Palio. This consists of a painting on canvas made each year by a different artist at an international level, which is chosen on the basis of a public competition at the world level by the Historical and Artistic Commissions of the Giostra Cavalleresca Cultural Association of Sulmona.

The competition field is carried out every year bringing on the Piazza Maggiore plateau about 2000 m³ between raw and fine sand, which properly arranged form the track for the horses in the race. A series of metal structures are mounted around the track to contain the approximately 5,000 spectators attending the modern Joust. It takes 5 to 7 days to set up the competition field with all its security facilities.

The horses compete through a complete oval and then an eight, in about 30 seconds, during which they must put the rings placed on the three target shapes that they meet on their complete path. The score of each challenge is determined by the number of "barrel" to the rings (maximum 3 for each rider); in case of a tie, the value of the individual rings, of different diameters, is taken into account (the diameter 10 cm diameter is worth 1 point, 8 cm diameter is worth 2 points and the 6 cm diameters is worth 3 points).

The absolute record of the track is currently held by the Sestiere Porta Manaresca, which in the 2009 edition with the Knight Marco 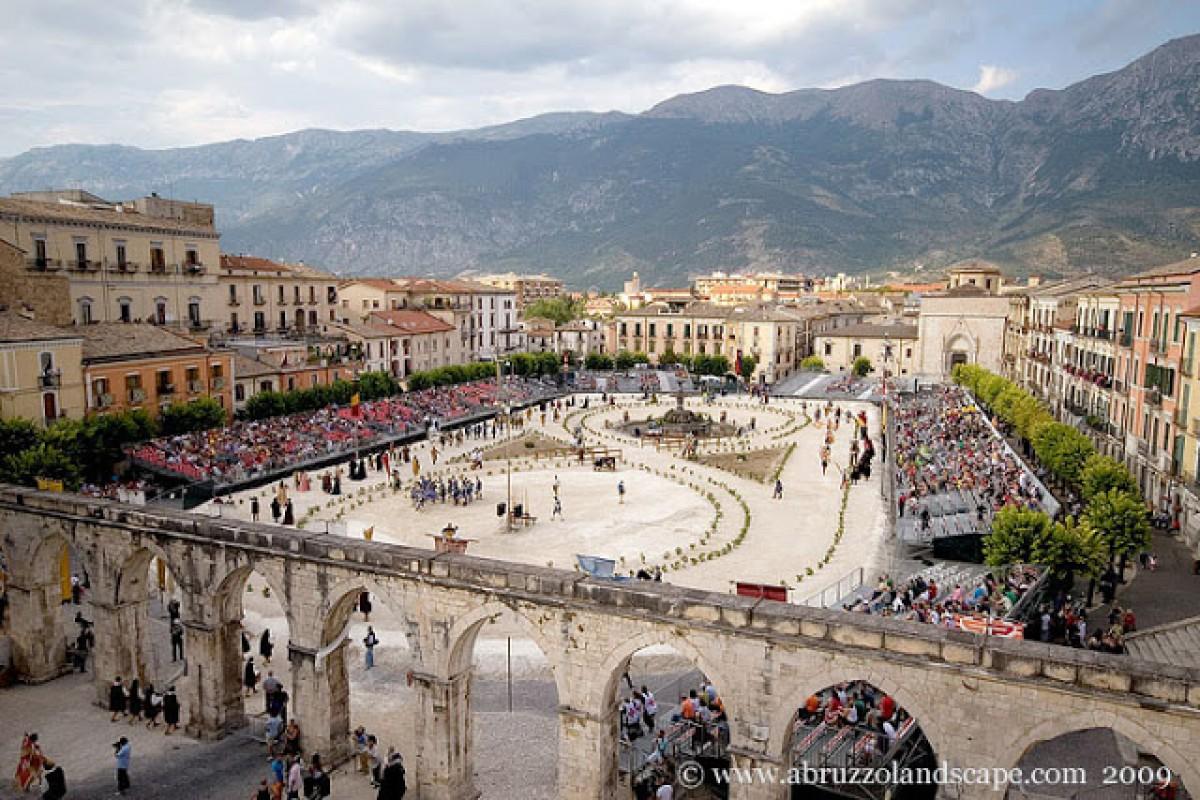 Diafaldi, riding Hermosa, has made the three barrel necessary to hold the record in time of 28.21 seconds.

The two days of competitions in Piazza Maggiore are always preceded by a beautiful historical parade of high historical-artistic quality which includes about 500 members of the Giostra Association, of the Borghi scomparsi, of the Sestieri and Borghi neighboorhoods, of the Mastrogiurato group, and of the group of the Palio bearers plus any guests.

Tradition wants the parade order of the Sestieri and Borghi to reverse the ranking obtained in the previous edition, so you can take the first steps if you have arrived last and vice versa.