The festival originates from a dispute that occurred in the fourteenth century between Chieti and bucchianichesi (people of Bucchianico) around the borders. The Chieti army was close to the walls and the bucchianichesi prepared to repel an attack that was heralding fatal for Bucchianico.

But St. Urbano went to the Sergeant, head of the militia, in a dream (this figure is hereditary and has belonged to the Tatasciore-Papè family for centuries) and suggested that he run men, 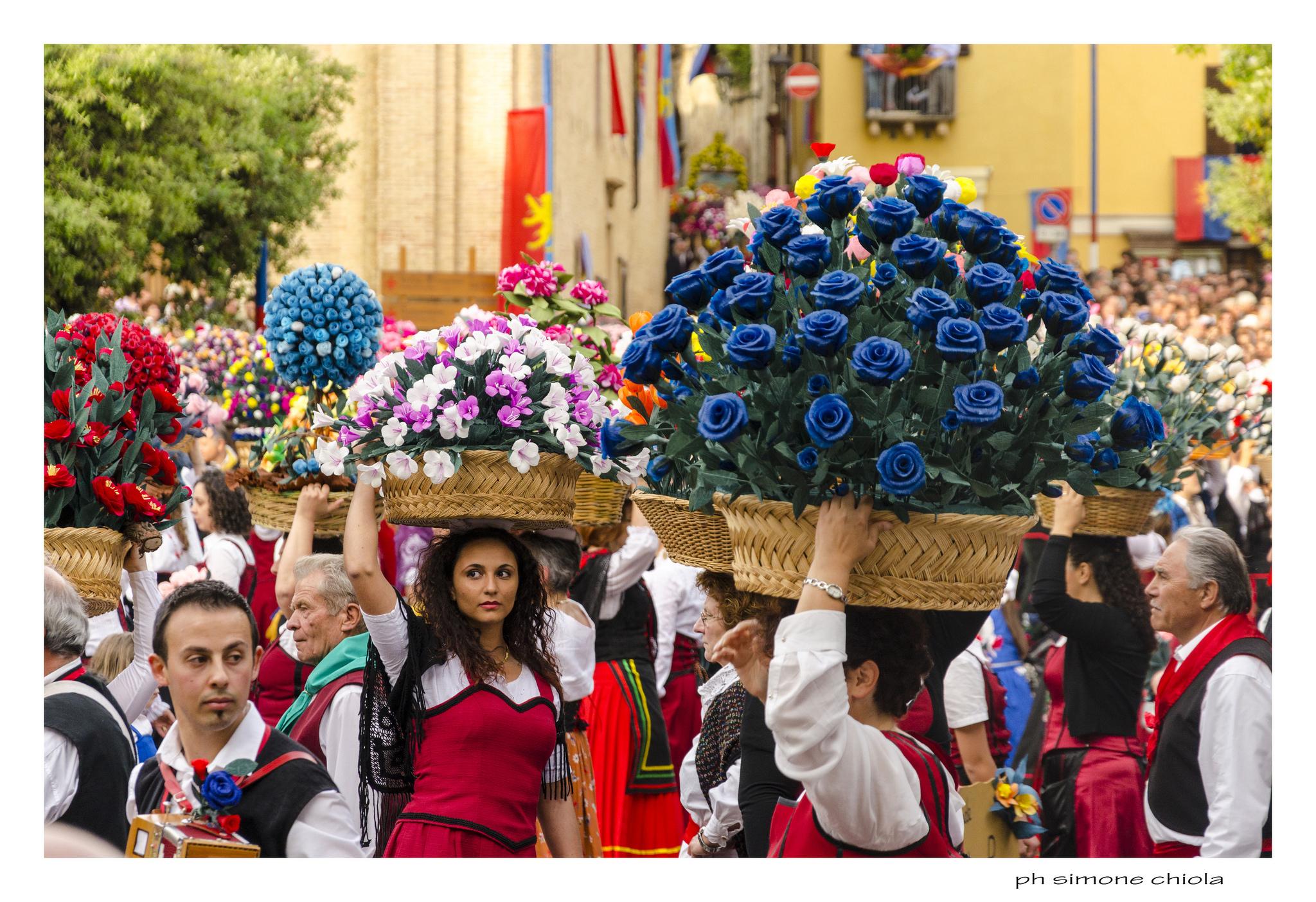 characterized by red and blue bands and with a plume of colored feathers, on the battlements of the walls coming and going to make the army seem more numerous than it really was.

Meanwhile, the population of the countryside had taken refuge, led by the Banderese, inside the walls of Bucchianico. The trick worked and the army of Chieti, frightened, desisted from attacking.

In memory of this fact, since then we continue to make the "ciammaichella" which consists of walking, in the parade, to the main square with zig zag movements. Flowers in crepe paper, of all colors and shapes, made by women in the evening, reciting the rosary. 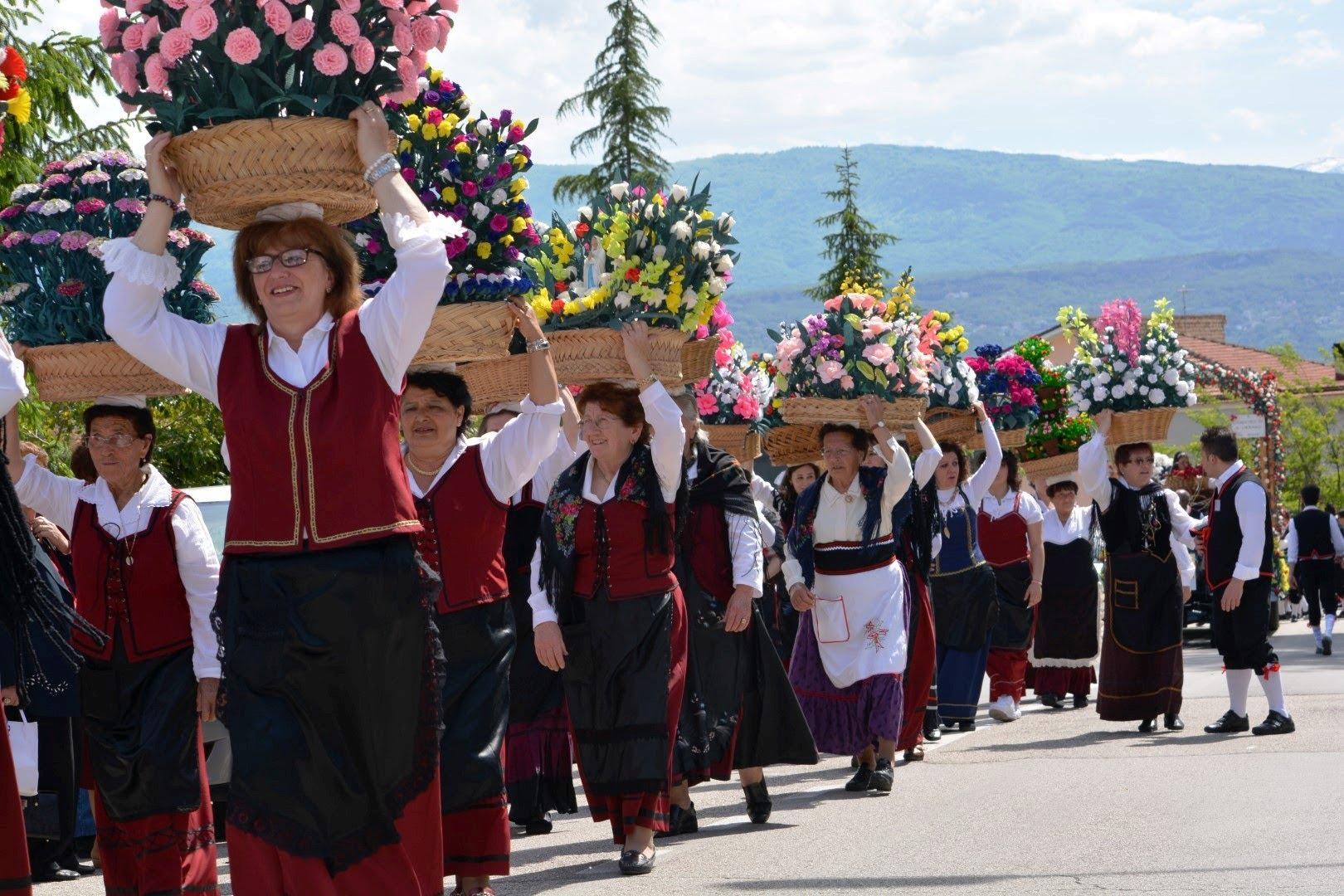 They are then completed and arranged in baskets that are brought to the head by the "pacchianelle" ( basket), from the smallest girls to the women now advanced with the years. The enthusiasm and the desire to be there unite them. The best ones carry them on their heads, without helping each other with their hands, in perfect balance.

Men, on the other hand, build wagons. Some are treated by the districts, with themes related to the rural life, four are made by the Banderese family and have pre-established themes because they represent what the farmer, threatened by the besiegers, took with them escaping, as displaced, within the walls of Bucchianico ( bread, bed, wood, wine). Often there is a fifth (the thanksgiving one) made by young people from the Banderese family.

Another centuries-old tradition is the packaging of the plumes that are hooked to the banderesi's headgear. They are beautiful, voluminous, colored, resistant and in order to obtain them, it is necessary to follow particular and ancient procedures, linking, one by one, the feathers of different poultry animals (roosters, turkeys, guinea fowls, etc.